Our highest rebound formula to date, KranK is designed specifically to change under pressure and is controlled by the amount of clamp pressure you subject it to when tightening the King Pin nut!  The effective range of control is from barely snug for the loosest feel to 2 full turns for the tightest feel.  KranK will turn the same or less than the same durometer of other brandswhich is also a departure from APS and WFB.  As for washers, flat washers work great with this compound, but for the greatest control and range of this performance feature, use cupped, precision flat or precision cupped washers.

For use in trucks that require Tall Bushings (such as Ronin, Bear Kodiak, Arsenal) TallBarrels offer the next step up in stability above the TallCones and are often used for a broad range of skating disciplines depending on the skaters skill level and personal preference.  Awesome as a double-barrel application, but amazingly changeable when paired with a Cone, Chubby or FatCone - depending on whether you're searching to find a carvy, surfy feel (TallBarrel/TallCone), one with more stability (TallBarrel/TallFatCone) or one that is great for flat-out speed (TallBarrel/TallChubby). 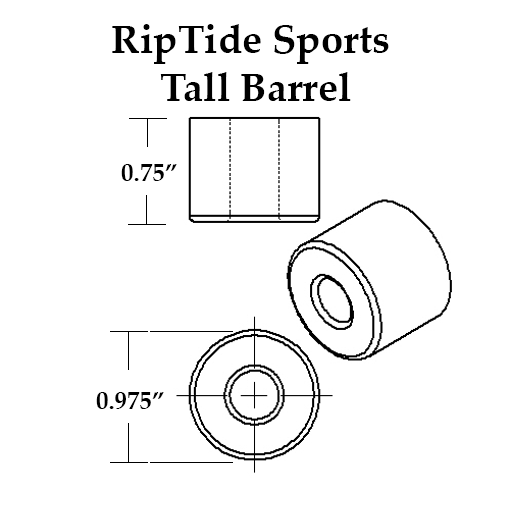 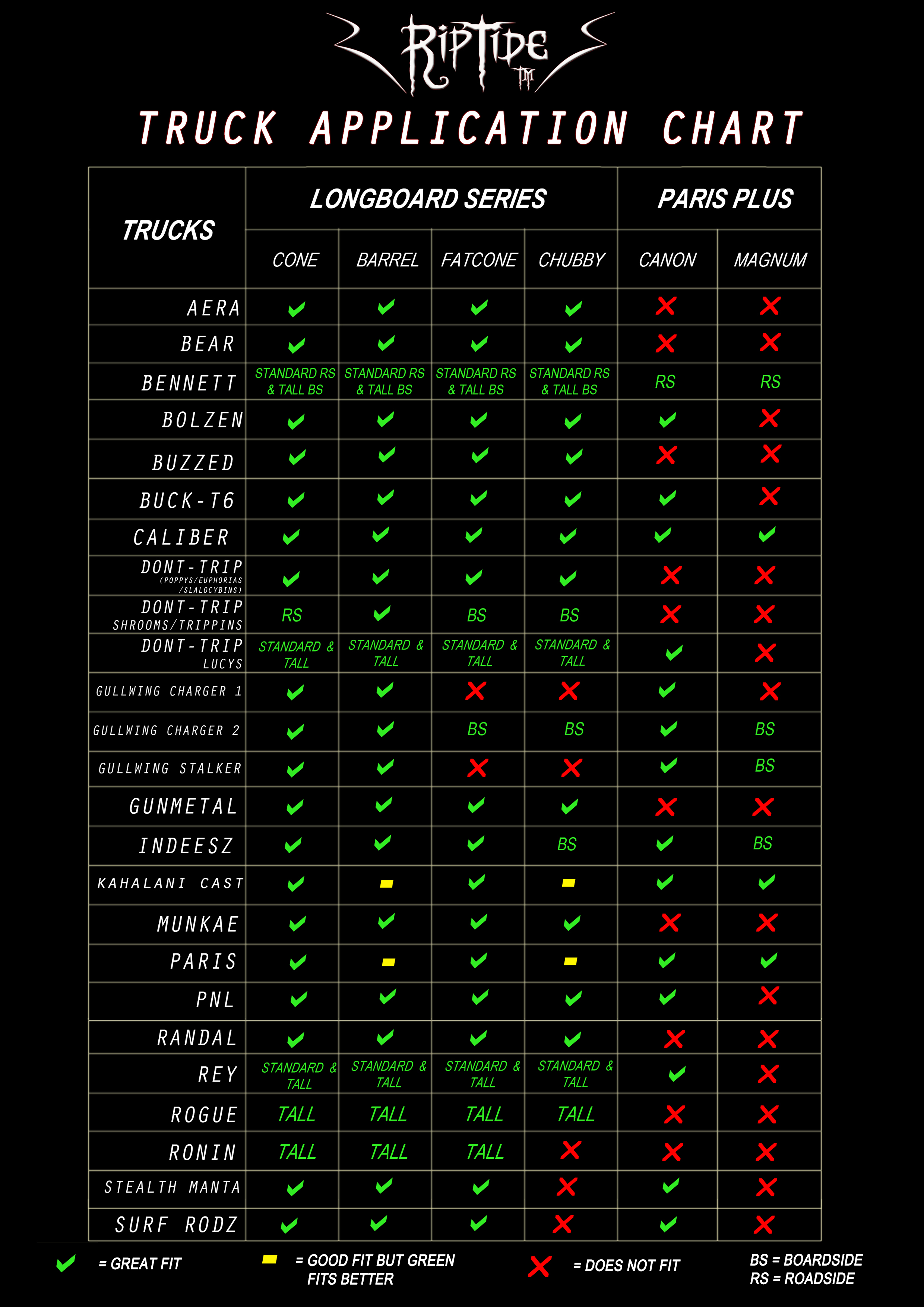